By VolarRecords December 11, 2019
Well, shit, it's been a year. I forget anyone even looks for this thing. On with some news!

We're really excited to be releasing two new LPs this week by Uno Lady and Beating (fka Beaters). They'll both be playing a record release show this Friday 12/13 at the Whistle Stop Bar along with newest Volar signees The Passengers and D. Wrex. Come if you can! 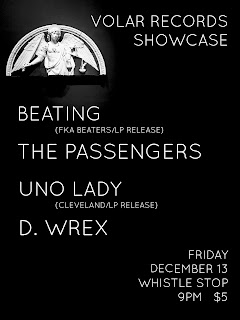 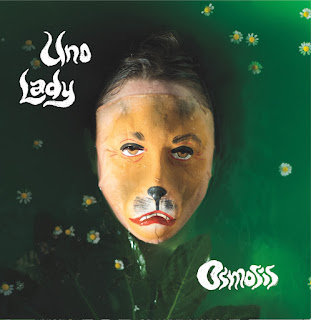 Uno Lady is the one-woman experimental-pop project of Christa Ebert, who's flying out for the show (and another on 12/15 with Thurston Moore at Zebulon in LA!). Uno Lady composes songs with her voice, electronic effect pedals, and unconventional instruments. Her music includes dream-like layers, looping ethereal tones, instruments and beats, knit together into one lush soundscape. Check out the video for "Breeze" below. DL/stream/order limited color vinyl or just do the boring Spotify thing. 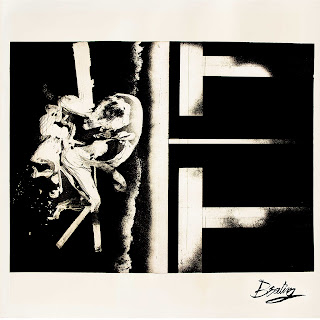 Way back in 2009, Volar released its first record, the "Fishage" 7" by Beaters. After another 7" on Zoo Records, the Fishage LP on Volar, and a few other releases, the band went into hibernation. Now they're back, reformed under the new name Beating, with an excellent six-song s/t LP that includes a cover of Ministry's "Same Old Madness." Limited color vinyl blah blah blah.


We also forgot to tell about the two really great LPs we released back in September. Here you go!


Cat Scan has been kicking around LA for nearly two years, exciting audiences as a no wave/
art punk quartet with a portfolio of anxiety-ridden dance tunes. Described by Rolling Stone as “a high-octane set that seems to have combined a few lessons from the Eighties underground playbook: Minutemen without the funk, Feelies without the bubblegum, Sonic Youth without the lurch.”

You've probably heard of Susan before; Volar has released their "Just Call It" and "TV Girls" 7" EPs as well as their Never Enough LP (buy all three together!), and now they return with the really wonderful new LP As I Said on limited clear blue vinyl.Via their record blurb, "Los Angeles trio Susan's sophomore album 'As I Was' explores and expands on themes the group has explored on previous releases such as asserting yourself in relationships and a sense of feeling lost and trying find yourself in the modern world. This time around they have had some experience and learned to lean on their chosen family to face their hurdles. Their songs embrace kinship in the face of old struggles, wrapped in the same harmony laden hooks that they have come to be known for." Recorded at Primitive Ears Studios.